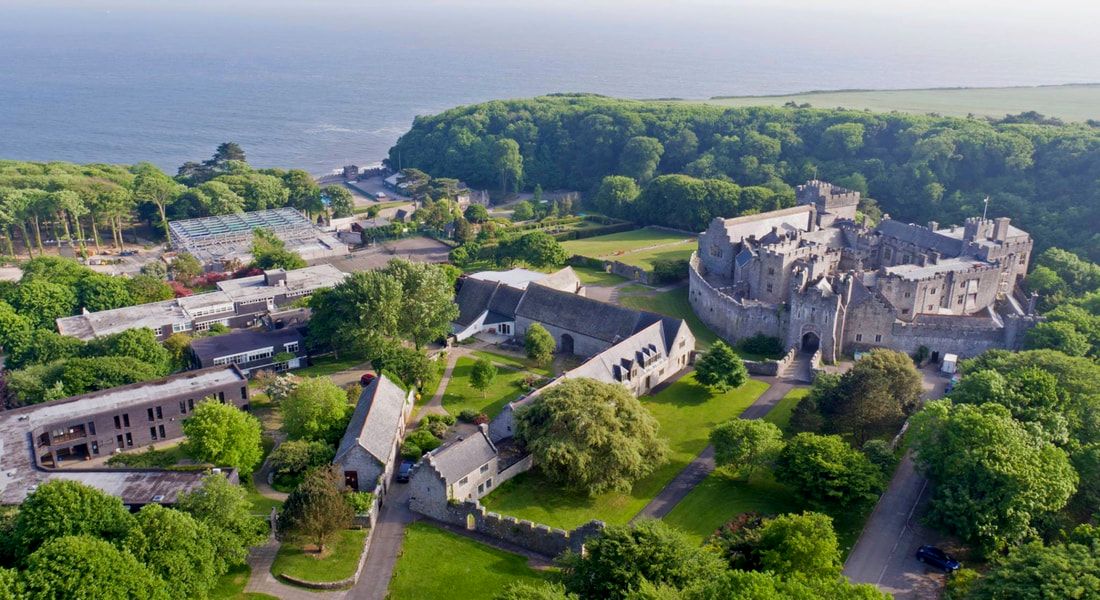 UWC’s founding college, UWC Atlantic College was designed to promote international understanding through education since its foundation in 1962. It provides a platform for young individuals to learn through shared experience and be empowered to make a positive difference.

UWC Atlantic is based in St Donat's Castle, a 12th-century castle set in 122 acres of woodland and farmland, with its own valley and seafront. It became home to the American newspaper magnate William Randolph Hearst in 1925 after he saw a feature on it in the magazine, Country Life.
​
He spent a small fortune renovating the castle and hooking up not just the castle but the entire surrounding area to the electricity grid.

His lavish parties at the 60-hectare estate were legendary, with guests such as Charlie Chaplin, Douglas Fairbanks, future president John F Kennedy and playwright George Bernard Shaw attending. St Donat’s Castle was owned by Hearst from the mid-1920s until his death in 1951.
FOR MORE INFO